Minister of Natural Resources Hon. Vickram Bharrat has said the capacity of the Guyana Forestry Commission (GFC) has been strengthened and the entity would soon be fully operational again.

Under the APNU+AFC Administration, the regulatory body was plunged into economic distress, leaving a trail of uncertainty in its wake.

However, with support from the PPP/C Government, the Commission has now rebounded. 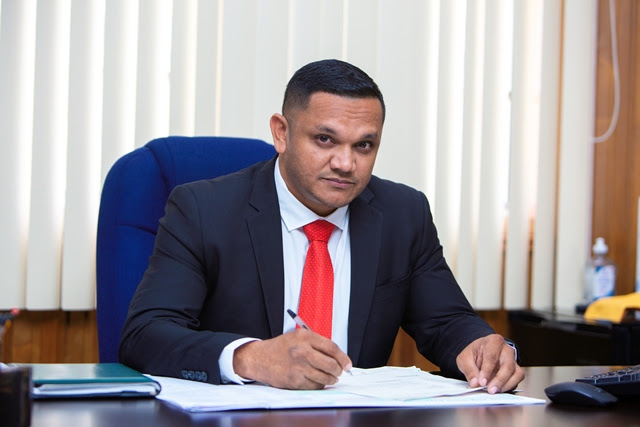 “We aim to have the GFC stand on its own footing come first quarter 2021, with the new measures implemented in the latter quarter of 2020. We will strengthen the competence and experience of the Commission with an emphasis on enhancing its monitoring and enforcement arm and improving interactions amongst stakeholders,” Minister Vickram told DPI last week.

When the PPP/C Government returned to office in August 2020, it found a bankrupt Commission, which was also hundreds of millions of dollars in debt.  A $4 billion surplus which was left in the treasury in 2015, was also missing. The Commission was also struggling to pay its staff.

The Government was, however, able to immediately disburse some $350 million to cover operational costs and wages for the remainder of 2020.

The 2020 Emergency Budget also provided a host of incentives for the forestry sector, opening a path to recovery for the Commission.

Among the measures offered in the budget were the removal of value-added tax (VAT) and duties on machinery and equipment, tax concessions on all-terrain vehicles, an amendment to the log export policy, removal of VAT on hinterland travel and $.15 billion allocation to improve hinterland infrastructure.

Minister Bharrat said the measures will open up a host of investment opportunities within the sector.

“The removal of VAT coupled with the tax concessions, will allow for cheaper and easier procurement of machinery and equipment and could lead to greater investments in the sector. Improving hinterland infrastructure such as roads and bridges, along with the removal of VAT on air travel will also boost the sector as it will reduce the cost of transport for both people and material.”

He said the Ministry remains committed to working with the stakeholders in the sector so they can re-tool and re-capitalise their operations.